Glazing Clay Pots Without a Kiln: Is it Possible? Did you know that you could still glaze clay pots without a kiln?

The process of glazing clay pots without a kiln is a lot more involved, but it’s totally possible, and here, we’ll tell you how you can do it, and the exact steps, and considerations that you should keep in mind when you’re doing this process. 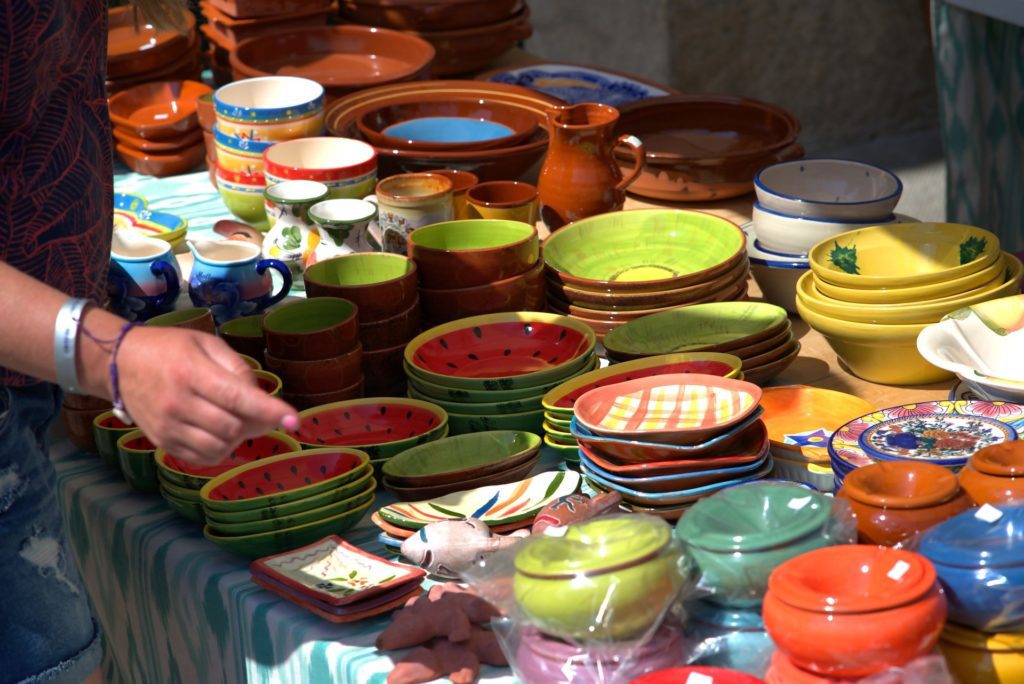 Why Glaze without a Kiln?

Usually, glazing requires you to have a kiln, right? Why in the world would you not want a kiln for this?

Well, some people may choose this route because of the following:

These are all valid reasons to not get a kiln just yet. They are expensive, with the best ones being a couple of hundred dollars minimally, sometimes a lot more.

If you’re already spending a lot of money on a pottery wheel, you won’t want to spend more money on a kiln just yet. It’s all valid, but you must realize that when you do spend money on this, it will make your job easier.

But, here, we’ll discuss how you can fire pottery glaze without a kiln.

The Requirements of a Firing Medium

There are a few requirements that a firing medium needs to have especially if you’re looking to start with this, and they are as follows:

Every single piece of pottery that’s done with this will definitely need these requirements, and you should make sure that if you’re choosing this type of firing, you know what you’re doing.

The limits of Glaze

If you’re planning to fire the pottery naturally, you can use a decent amount of glazes, but if you’re going to do this without excessive heat, there are a few things that you should keep in mind when doing this, and they include the following:

In many cases, these glazes are usually done with only a bit of heat. You’re not getting it up to a couple of thousand degrees in a few instances, but again, you can fire it outside to much higher temperatures if you think you’re going to use this for items.

One of the ways to glaze pottery without a kiln is raku firing. This is a bit complicated since you will need to bisque fire still, and need a location to fire this.

But, there are some benefits of raku firing, and they include the following: Now, there are a few limits to raku firing as well, and they are the following:

With raku firing, you can use a lot of really cool additions to it, including the following:

Now with raku firing, you can do this with a heat source, and use glazes too, you shave to make sure that the following happens though:

We’ll discuss how to utilize raku firing in the next section so that you can try this.

How to do Raku firing

Raku firing is often considered one of the ways to glaze without a kiln, especially if you’re considering a metallic or copper look to it, and it works well with most slips and glazes. It is low-firing too, so it won’t be durable and food-safe, but generally, it makes it look pretty.

The process of this is the following:

Now, it does use a specific type of “kiln” in a sense, but this is a different type of kiln than what you’re used to since it is essentially a vessel for the pottery to sit around and dry and let the glaze stick to the pot.

Some think that firing in the kitchen oven is a good alternative, but the truth is, it actually won’t do much for you.

There are a few benefits to doing this such as the following:

However, the main downsides to this include the following:

This is a good way to begin, but for the most part, you probably will want to go with alternatives that work well.

If you’re thinking about potentially making your own glaze, that you can fire out in a pit, then this is for you. Developing glazes that are made from natural materials allow you to fire it in a unique way, and it’s different from getting it from a plastic container.

The hardest part of this is to get the right materials, and here, we’ll tell you how to get materials and the process of making it. To do it, you do the following:

Yes, roadside clay is pretty awesome, and you will want to make sure that you follow the laws that are there on roadside clay since it is important to know a little bit about it before you begin this process.

Impure clay is your best bet for this, and that’s because the impurity actually does the following for it:

So if you don’t feel like spending money on this, you should definitely consider this option, since it is natural, and you can do it.

If you’re going to glaze your pottery, but you don’t want a kiln, you need to have a pit. Pit firing does get it to the temperatures needed, and to do it, you simply do the following:

Now pit firing is a great idea especially if you want to just fire a bunch of pottery naturally. However, it isn’t as strong as typical pottery firing, and there isn’t consistency when you’re working with this, so make sure that you know that before you begin.

As you can see here, firing glazed potter without a kiln is quite hard to do, and it takes a lot of work. There are a few ways to get past this though, and if you want to use a kiln, you can try the following:

While firing your clay without a kiln might seem like fun, it can take a ton of time, and if you’re not careful, you’re going to get sucked into it. If you’re someone that doesn’t like to get that involved in their pottery, you should consider one of these alternatives.

Glazing your pottery is a good way to make it stronger, and to make it better to use. In fact, you need to have this or else you’re going to end up with pottery that you can’t use and is really just decorative ware at best.

But, if you know how to glaze properly, even without a kiln, you’ll be able to access a wealth of more options that will make you happy, and give you pottery you’ll love.