What is Chinese Black Clay Pottery? China never fails in making the world amazed by its art and crafts. The aestheticism lies in every work of pottery, where they love to experiment with designs and creativity. Their art of making pottery is admired everywhere throughout the world.

A wide variety of Chinese Ceramics has been used to create unbelievable mesmerizing designs and glaze works. Chinese Black Clay Pottery is one of the famous potteries of China that deserves a special mention among all the ancient Chinese pottery works. Let’s know more about the Chinese Black clay Pottery.

What is Chinese Black Clay Pottery?

The Chinese Black Clay Pottery is completely associated with the Longshan Culture. This widely popular culture started breaking out from the late Neolithic age in the northeast of China. And the art flourished during the period of third millennium BCE. The Longshan culture worked as a significant bridge between the development of the civilization of China from the community of independent Neolithic age to the state of the first dynasty.

Characteristic of this Famous Kind of Pottery 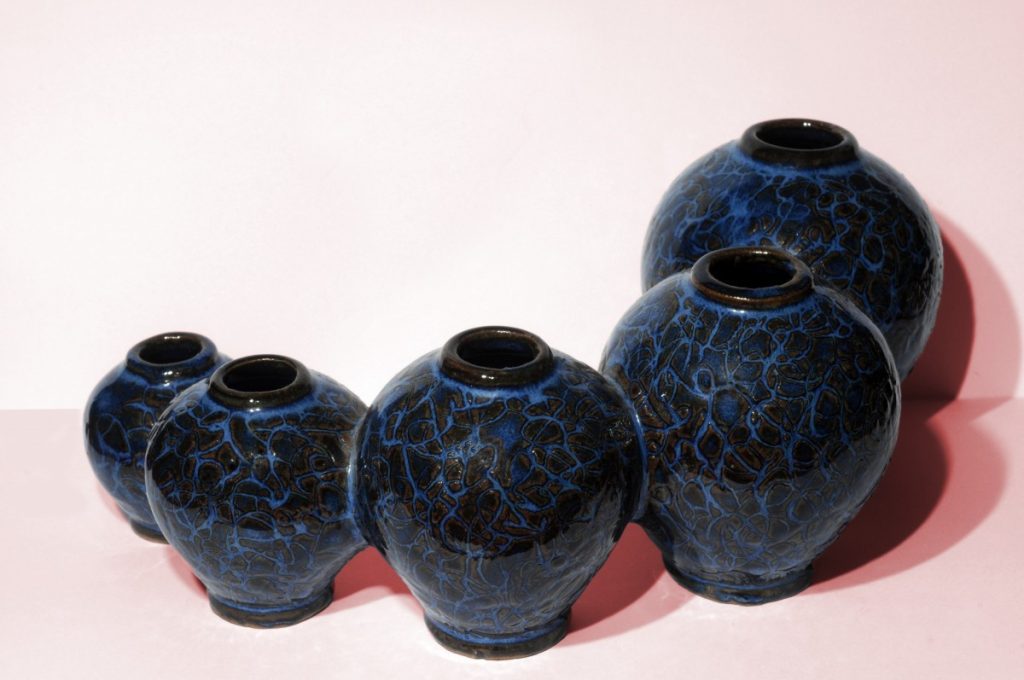 The main characteristic of Chinese black clay pottery lies in its glossy sheen and its plain and simple appearance. This distinct trait of the Chinese Black Pottery made it easier for the archaeologists to spot the difference between the red pottery of Yang Shao culture and the black pottery of Neolithic culture.

Another strongly visible characteristic of the Black Clay Pottery is that potters used to concentrate on the form of vessels, which are unique and extraordinary by shape and design. Designs like geometric patterns or animal masks were crafted on the potteries, which refers to the uniqueness of the Black Clay Pottery culture. The most common shapes of this popular pottery culture resemble handled cups, jugs, beakers, tall-stemmed cups, and other such items that had a vessel-like shape.

Archaeologists found that the pottery was popular amongst the aristocrats of that time as the Black Clay works were found in the elite class tombs and structures.

This uniquely designed artwork was wheel-made pottery, which was thinly potted. And the beauty of this pottery work lies in the efficient and experienced hands of the excellently skilled potters. The fineness of this pottery work comes from the dark grey or black colored body with a burnished and smooth surface, where the designs are absent in general, and apparently have never been painted. The potters occasionally use the metal wires for designing, so as to give it a metallic appearance. Following this simple yet unique process, is the secret behind the beauty of this anciently famous Black Clay Pottery work.

If you want to add some unique Chinese black clay pottery items in your home, then you can try out Porcelain pottery fishbowl by ORIENTAL Furniture or Chamba Rounded Soup Pot by Ancient Cookware. These pottery items will help you to impress your friends and relatives.

Chinese Black Clay Pottery belongs to the famous Chinese Longshan culture and bears valuable proof of the glorified history of Chinese art and crafts. The Chinese black clay pottery is still valued and appreciated all over the world for its extraordinary and aesthetic beauty.

Can I Teach Myself Pottery?
Go to Top